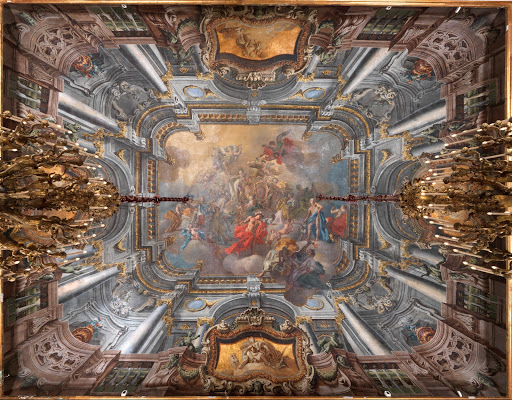 The best works of fine art to see in Naples

Naples is a city of impressive artistic stratification that over the centuries has always contributed to the international art scene.

Rich museums and unique collections to see at least once in a lifetime make the city of Naples a true pearl of art of all time, set in the center of the Mediterranean. We can say with certainty that the variety of works of art found in Naples cover a large part of the history of Western art.

But what are the works of art not to be missed in any way? Let's try to select some for you! Here are the best works of art to see in Naples

Made by the great bronze artist of Argos (City of Ancient Greece) Policléto, it is the work that underlines the new aesthetic ideas of its creator. From that moment on, the so-called "canon" (or rule) was adopted to realize the harmonic proportions of the body in a geometric way. As with the vast majority of sculptures from the Greek era, it came to us in the form of a copy, since its original material, bronze, was reused in public works at the time. The best preserved marble "copy", with more details, can be found at the Archaeological Museum of Naples. One of the most celebrated works of Naples in the world, kept in a mystical place of great baroque splendour such as the San Severo chapel. A veil of marble covers the entire body of Christ, is the major work of the late baroque sculptor Giuseppe Sanmartino. A legendary work capable of triggering the admiration of great sculptors such as Antonio Canova, absolutely not to be missed during a visit to Naples. Flagellation of Christ by Caravaggio - National Gallery of Capodimonte

The painting of Michelangelo Merisi known as Caravaggio is famous for its theatrical poses and for these cuts of light that are reminiscent of those on a stage. In this "altarpiece", a pictorial or even sculptural work that was used to decorate the altar of a church, the strong contrast of light and shadow makes the scene dramatic and full of pathos. The figures around the body of Christ at the column, ready to be scourged, let themselves go to rough and beastly grimaces. The maturity reached by the painter in his Neapolitan works makes a visit to the National Gallery of Capodimonte necessary. 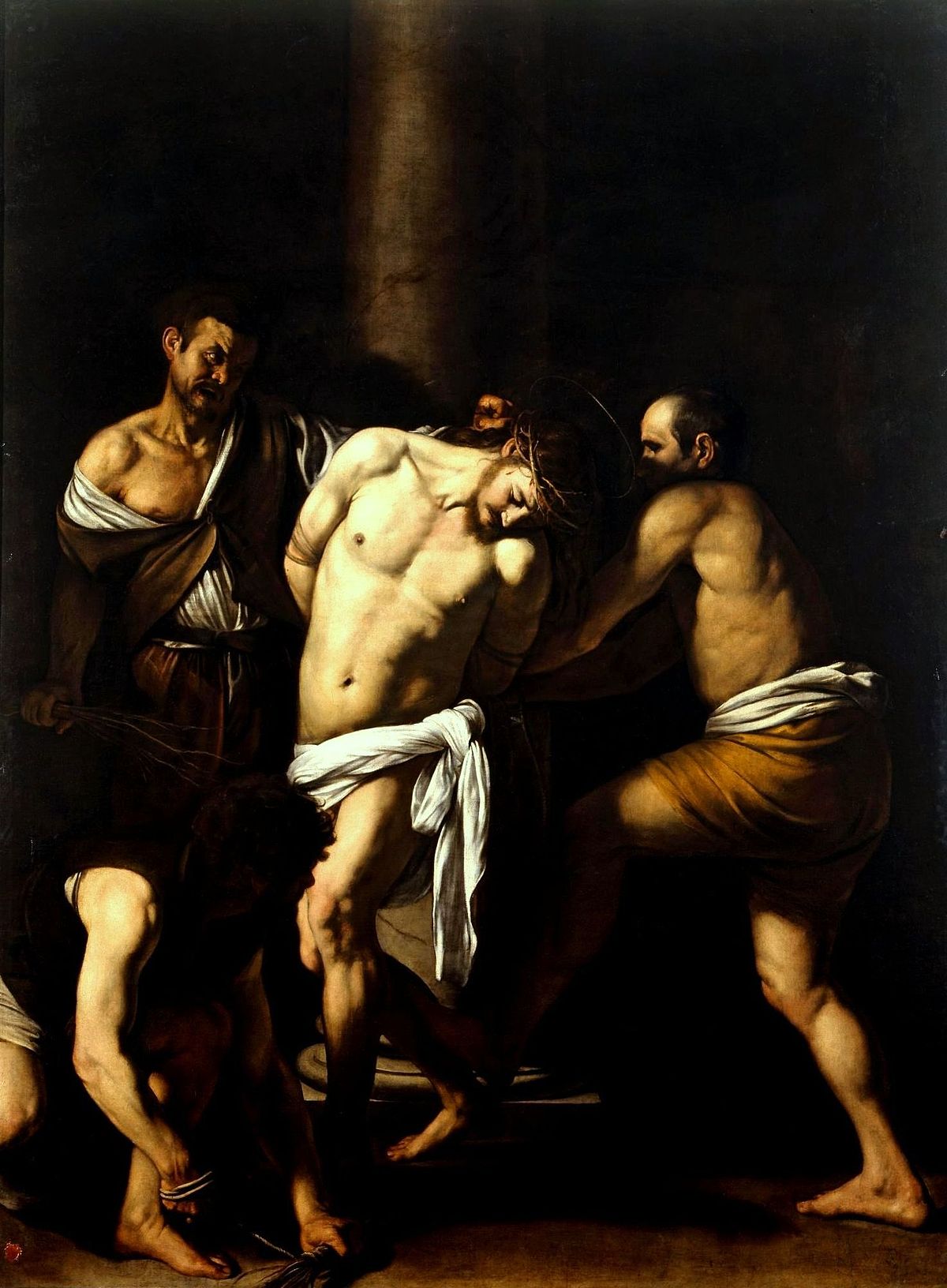 The great sculptor Donatello, father of the Italian Renaissance, never came to Naples, but fortunately his work did. In the first half of the fifteenth century he worked alongside the architect Michelozzo in a workshop in Pisa, where it was easier to send large commissions by sea. This one, in particular, where it is possible to appreciate the new aesthetic ideas of the Renaissance together with Donatello's famous stiacciato, was created for the Neapolitan Cardinal Rainaldo Brancacci. The great sculptural and architectural work almost twelve meters high is located to the right of the altar in the Church of S. Angelo a Nilo, in the heart of the city. Absolutely not to be missed!

It is an ancient sculptural work of Roman times, strongly desired by the Egyptian community that lived in the territory at that time. They were nicknamed "nilesi" in honour of the great African river and the statue was erected as a symbol of wealth and prosperity. Its is a troubled history of restorations, discoveries and discoveries that began even at the end of the sixteenth century when it was found headless. After various transformations, even urban planning of the territory is now possible to admire it in all its splendor at the large body of Naples, on the lower decumanus, also known as Spaccanapoli. 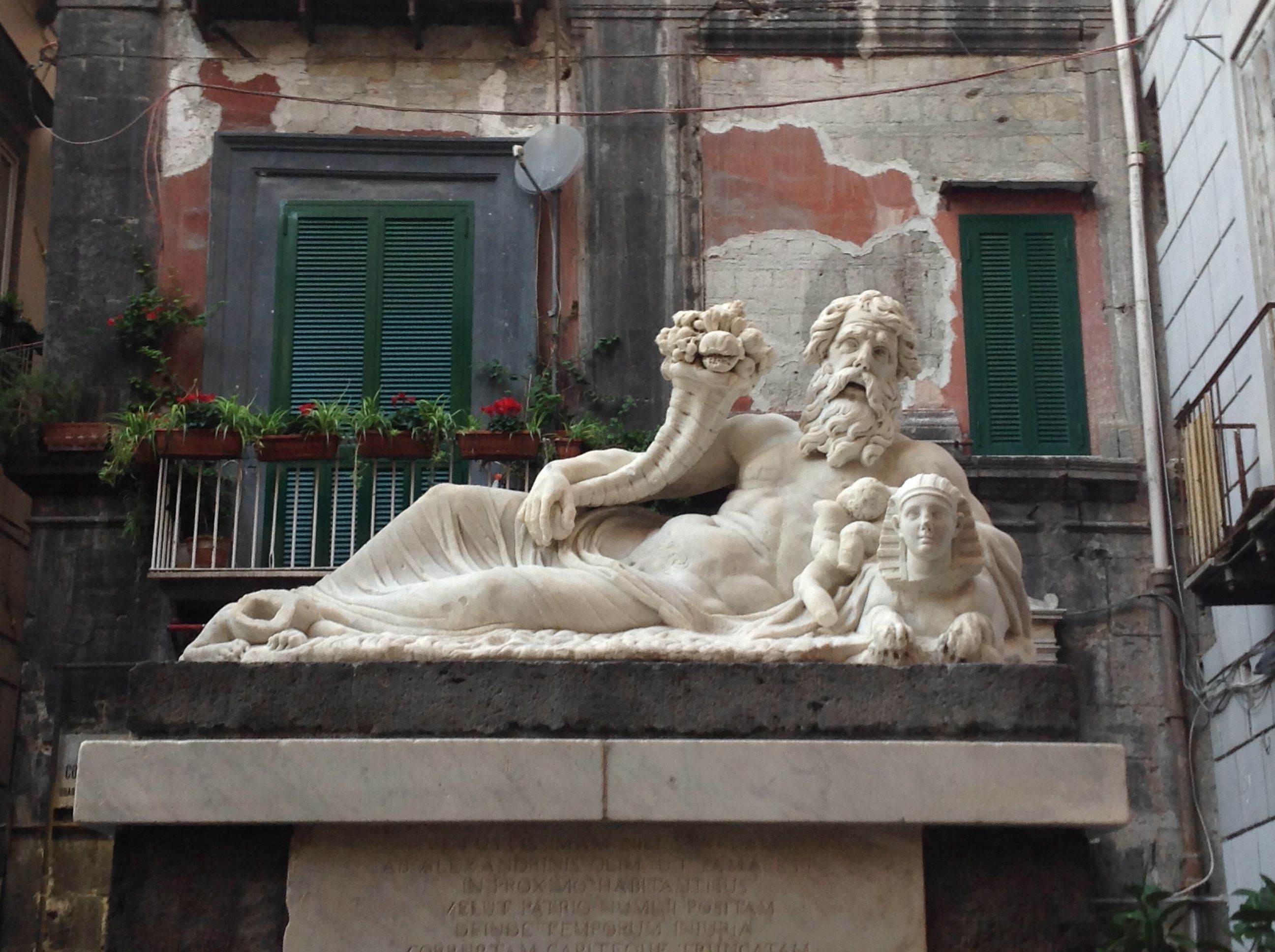 The pictorial maturity of one of the most extraordinary painters of all time - Tiziano Vecellio - who keeps several of his works at the National Gallery of Capodimonte. The myth of danae has been represented several times during the sixteenth century, even by the same artist who paints even six versions, using a single preparatory cartoon. In the version of Naples is visible the god Jupiter who, transformed into golden rain, is intent on spilling over Danae, making her pregnant. A small winged cupid is standing on the bed, behind which an extraordinary landscape opens up, as often happens in Titian's painting. A work that can leave you speechless.

A view of the port of Naples in the fifteenth century, celebrates the victory of Alfonso V of Aragon against the Angevin fleet. Evocative is the view of the hills of Vomero before its urbanization, the ancient Aragonese pier and the system of fortification walls of Naples.

A colorful and contemporary vision in a Pop key by the famous American artist Andy Wharol. Art in Capodimonte, the only national museum of ancient art to have a collection of contemporary art in continuous evolution with recent acquisitions. 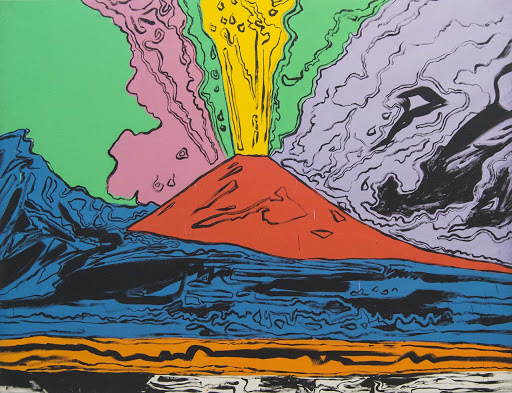 An incredible sculpture made by Lisippo, at the end of the 4th century BC. The greatness of the lines and musculature of Hercules in an imposing statue of over three metres, in which the figure of the Greek hero Hercules is visible lying on the lion's skin, clutching the hesperidians' knobs between his hands placed behind his back.

Madonna with the Gun by Banksy

On an outside wall next to the Girolamini Church there is a work by the famous and mysterious Bristol writer and street artist Banksy. The image mixes the sacred and the profane and shows a Bernini aesthetic that joins the symbol of the gun in a provocative and controversial way. The work is always visible in Piazza Girolamini, at number 112. 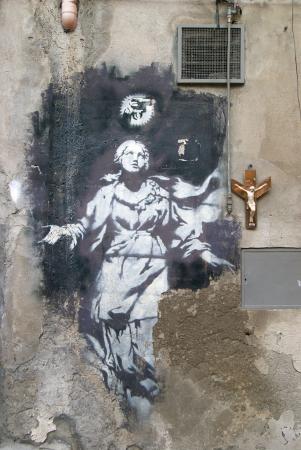