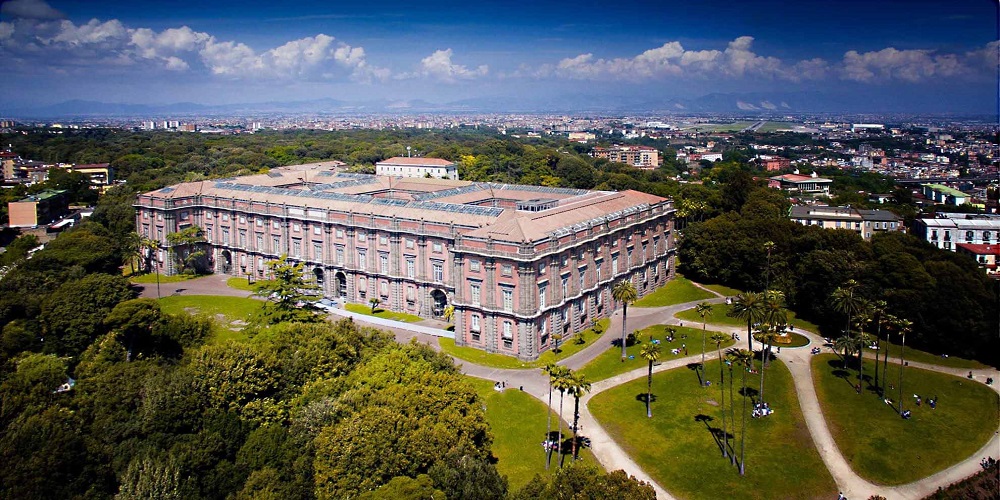 The Royal Park of Capodimonte in Naples

One of the green areas, the largest by extension, of the city of Naples is the royal park of Capodimonte. It is a city park located in the upper part of Naples, Capodimonte. The park is famous in the eyes of the world to host the Royal Museum of Capodimonte. A museum that contains priceless works of art, including the world-famous Capodimonte ceramics.

The park of Capodimonte covers an area of one hundred and twenty-four hectares, partly protected by walls built in the 1820s. The park can be accessed through two doors, the main door, Porta Grande, along Via Ponti Rossi and a secondary door, Porta Piccola. A third door, Porta Caccetta, was created in 1816, enlarged in 1834, demolished during the middle of the 20th century and restored in the early 2000s.

Today the park is a popular tourist destination for those who visit the city of Naples but not only. Neapolitan citizens love to spend their days in the park, especially in summer, lying on green lawns, in English style, to have a picnic in the open air, go jogging or simply take a walk. The park is equipped with training equipment, a path called "life path" suitable for all athletes who want to keep in training without having to go to the gym. At the park you can take your dogs for a walk, thanks to the two dog areas provided by the administration. 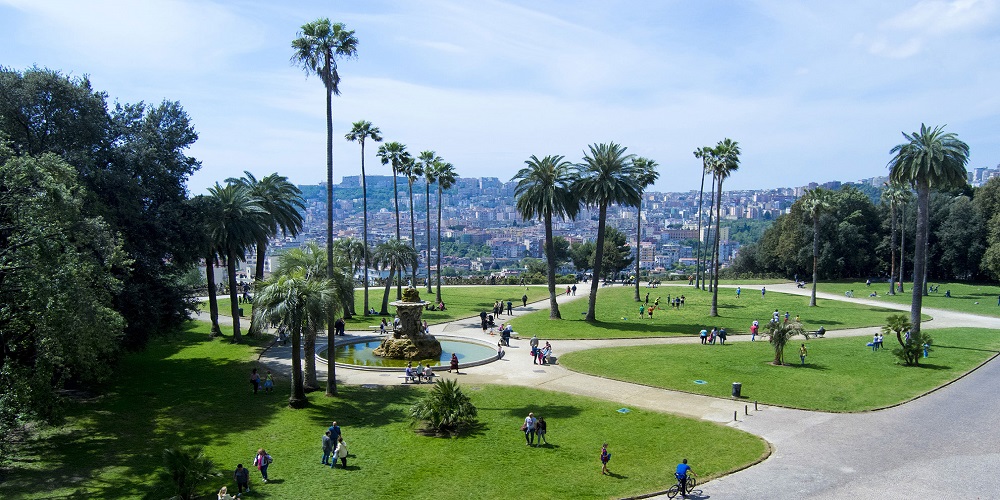 The Museum of Capodimonte

Inside the park of Capodimonte is located the Royal Palace of Capodimonte. A palace that was built in 1738 by King Charles of Bourbon who, inside it, kept, and still keeps today, the collection of his mother Elisabeth Farnese.
It is a magnificent architectural work that literally leaves anyone who looks at it open-mouthed. Many works of the Farnese collection, scattered between Rome and Parma, were immediately transferred to Naples, to the Royal Palace in Naples. Among the most important works are Raffaello, Annibale, Carracci, Tiziano, Correggio and Parmigianino. Exposed, however, to the danger from the extreme proximity to the sea, Charles decided to start work on the construction of the museum. The museum was officially inaugurated in 1957, even though the rooms of the palace had already housed works of art since 1758.

The Capodimonte museum covers all three levels of the palace. The layout of the works has been changed countless times and the last restoration works were held towards the end of 1999. On the ground floor and in the basement are the visitor services and some educational rooms; on the mezzanine floor is the Drawings and Prints Cabinet, and the 19th century Private and Apples posters exhibitions.
On the first floor is the Farnese Gallery, the Borgia collection, the Royal Apartment, the porcelain collection, the De Ciccio collection and the Farnese and Bourbon Armoury.
On the second floor is the Galleria Napoletana, the Avalos collection, the Avalos tapestry room and the contemporary art section. On the third floor there is the 19th century gallery and the photographic gallery, 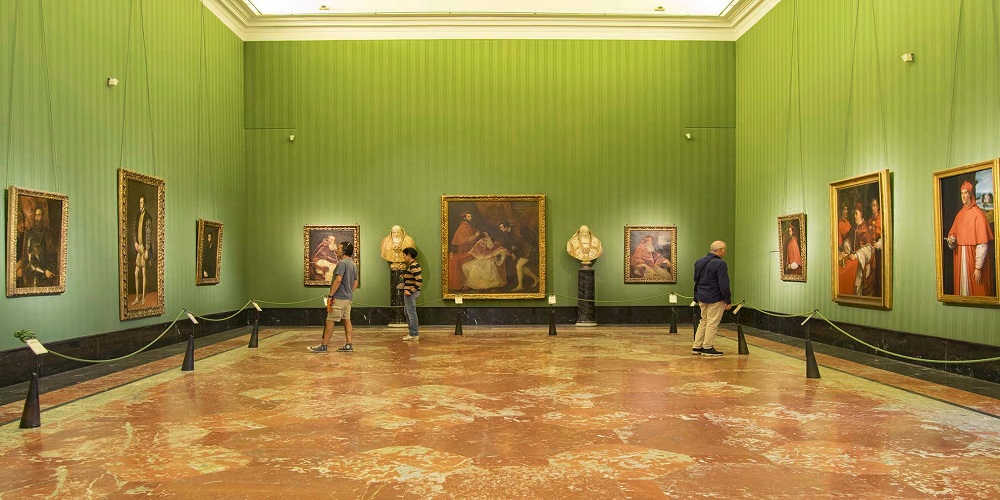 The Farnese Gallery and its artistic collection

The Farnese collection represents the heart of the Capodimonte museum, which occupies the entire eastern area of the main floor of the palace. The collection was transferred to Naples at the behest of Charles of Bourbon, son of Elisabeth Farnese, the last descendant of the Farnese family. The collection finds its origins in the work of Alessandro Farnese, better known as Pope Paolo lll. Alessandro Farnese's nephew enriched the collection over time with works of extraordinary beauty such as Titian, El Greco, Giulio Clovio and Guglielmo Della Porta. 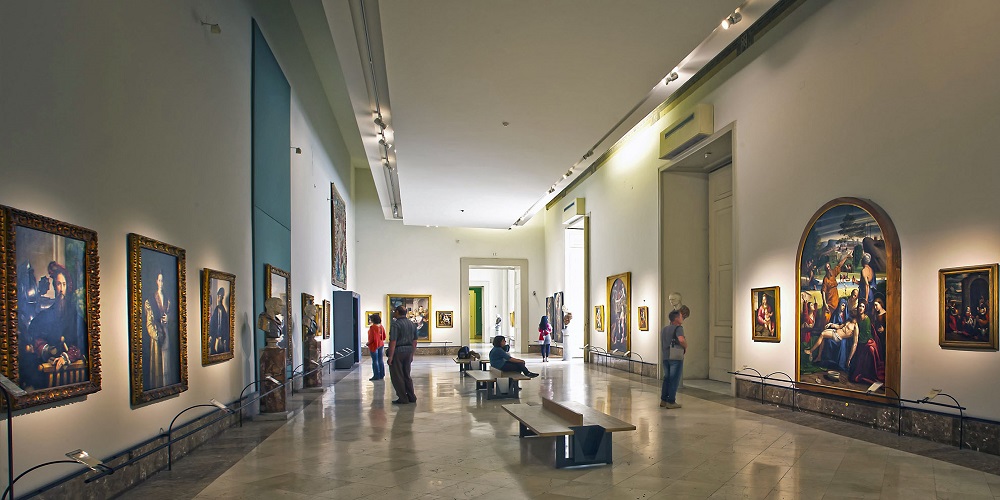 How to reach the Capodimonte Museum

The Museum and the Real Bosco di capodimonte can be reached in different ways.

Tourist bus: It is possible to buy a ticket for a City Sightseeing tour which stops also include the Capodimonte Museum.

Opening hours of the forest: